Liberia "moved within a very short period from hosting what was at some point the largest UN peacekeeping operation in the world to a regular UN presence."

The plan aptly known as the Pro-Poor Agenda for Prosperity and Development (PAPD) will contribute to national efforts towards peacebuilding and development in Liberia.

The meeting held simultaneously in New York and Monrovia was chaired by Ambassador Olof Skoog, Permanent Representative of Sweden to the UN in New York. Hon. Gbehzohngar Milton Findley, Minister for Foreign Affairs, highlighted the country’s progress towards peace and development. He also called for continued support from the international community towards enhancing security as well as advancing national reconciliation and development.

Presenting the PAPD, Hon. Samuel Tweah, Minister for Finance and Development Planning, called for international support in implementing of the PAPD particularly in the areas of health, education, agriculture, infrastructure, private sector development and social protection.

Hon. Olayee Collins, Deputy Minister for Internal Affairs shared some of the Liberia Peacebuilding Plan’s commitments that have been achieved while highlighting those that were incorporated into, and will be delivered through, the PAPD.

All three Ministers called on the international community to support the country’s efforts to achieve the PAPD by pooling resources together through the Liberia Multi-Partner Trust Fund (LMPTF). The Fund aims to work as a key coordination mechanism both financially and programmatically in support of peace consolidation and support Liberia’s pursuit of the Sustainable Development Goals (SDGs) and Agenda 2030.

The United Nations Resident Coordinator in Liberia, Yacoub El Hillo, described the country as a success story in transitioning from peacekeeping to peace-building. He however called on members of the PBC to look at Liberia through the lenses of prevention because the fragility is real; “I believe our meeting today is part of the efforts to keep Liberia on the radar screen, a central role of the PBC,” adding that “the country moved within a very short period from hosting what was at some point the largest UN peacekeeping operation in the world to a regular UN presence. Liberia, therefore, requires sustained support from the international community.”

Agreeing with Mr. El Hillo was the World Bank’s Country Manager Larisa Leshchenko who underscored the need for partnerships.

“Working here on ground, we know that Liberia remains fragile, the economy as well as the social landscape are fragile and that’s why we need to work together to address it,” Ms. Leshchenko said.

She reiterated that the World Bank’ Country Partnership Framework for Liberia developed last year is well aligned with the PAPD priorities and will address some of the fragility issues such as youth unemployment and strengthening private sector as a key driver of inclusive growth among others.

The meeting ended with a commitment from members of the PBC to continue supporting Liberia, including through the Peace Building Fund (PBF) which provided seed funding of USD 5 million to launch the LMPTF in 2018. Also find the story here. 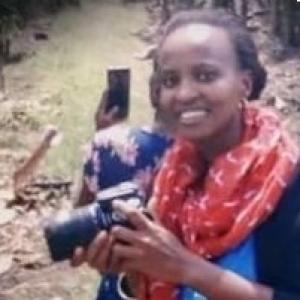