The United Nations (UN) in Liberia has pledged support and commitment towards the country’s efforts towards peace and development.

This commitment was made by Mr. Kingsley Amaning, the UN Resident Coordinator ad interim during celebrations to mark 74 years of the held at One UN House in Monrovia.

“A new United Nations Sustainable Development Cooperation Framework (UNSDCF) was signed in August detailing the nature, scope, and strategies of UN support to the government and people of Liberia over the next 5 years,” Mr. Amaning said in his remarks.

He added that the framework was in support of and is fully aligned with the Government’s Pro-Poor Agenda for Prosperity and Development (PAPD) as well as the global Agenda 2030 and its 17 Sustainable Development Goals.

“On this UN day I would like to reiterate the commitment of all UN Agencies, Funds, and Programmes of the UN in Liberia to deliver on their respective contributions to the UNSDCF, the PAPD, and indeed the SDGs,” Mr. Amaning said adding that the overarching principle underlying the UN’s work in Liberia is to support the government and people of Liberia and contribute to human, social, and economic development with the government and people in the driver’s seat.

Speaking at the same event, the President of Liberia, His Excellency George Manneh Weah congratulated the UN community on 74 years of existence and pledged Liberia’s commitment to a continued collaborative partnership with the UN as it works to achieve sustainable peace and development.

“Liberia is a direct beneficiary of the UN’s interventions and assistance and we will continue to rely on your strong support in our efforts to achieve sustainable development through our Pro Poor Agenda for Prosperity & Development,” H.E President Weah said.

He further emphasized that his administration has currently placed emphasis on agriculture, education and the health sectors in the coming months, adding that; “We shall be seeking even closer collaboration with the relevant UN agencies in accelerating their growth and development.”

President Weah called on the UN and all development partners to work together with Government to ensure sustainable development in Liberia.

UN is celebrated every year on the 24th of October, it marks the signing of the UN Charter, which entered into force on this day in 1945.

Antonio Guterres, the UN Secretary General in his message to mark the day, described it as the UN’s moral anchor amid a storm of global seas.

“At this time of turbo-charged change, the United Nations remains focused on the real problems of real people.,” Mr. Guterres said in his statement.

He called on countries to join the UN once gain next year as it marks its 75th anniversary - a milestone which is critical to shape our future, together.

Celebrations to mark the day in Liberia were attended by various Government officials, Development Partners and UN Staff from various Agencies, Programmes and Fund. 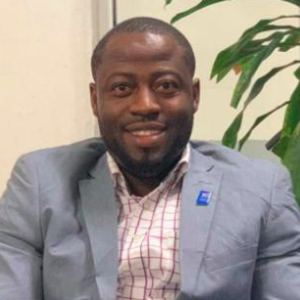